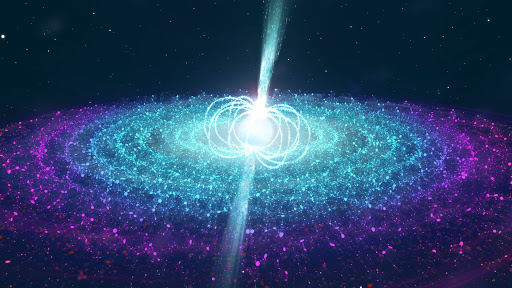 Scientists have said that there is a strange type of neutron star, which is called a magnetar. These stars are rarely found and loosely understood. As per the report, only 30 such objects have been discovered until now. However, recently scientists have been able to find the 31st magnetar. Experts have said that it has turned out to be even more unusual than the rest of the neutron stars, which have been identified so far. Scientists have said that a neutron star is extremely dense similar to black holes. It is formed when a massive star collapses and expires. The data has shown that there are many thousands of neutron stars in the galaxy. Experts often use these stars to study remote galaxies as well. However, a special type of neutron star is known as a magnetar. Magnetars have an extremely potent magnetic field. Magnetic field strength is calculated in a unit, which is known as Gauss. Earth’s magnetic field strength is nearly one Gauss. On the other hand, magnetars have magnetic fields of around a million billion Gauss. Scientists from NASA have simplified it saying that it is a strong enough magnetic field, which can wipe away all credit cards on the planet from around 40000 miles away. It shows that magnetars have the strongest magnetic fields in the whole universe.

With the help of Chandra Observatory, astronomers have been able to find some more details about one of these magnetars, which has been found during the Mars 2020 mission. Scientists have found the youngest magnetar called J11818.0-1607. This magnetar is only 500 years old, which is spinning much faster than any other magnetar found so far. Experts have said that it is spinning every 1.4 seconds. They have released a composite image of the newly discovered magnetar. The image has a wide field of view in the infrared spectrum from two of NASA’s missions, the Spitzer Space Telescope, and the Wide-Field Infrared Survey Explorer (WISE). X-rays taken from the Chandra Observatory have shown the magnetar to be purple in color. Experts have said that the magnetar is situated quite close to the plane of the Milky Way Galaxy. It is at a distance of around 21000 light-years from our planet.

Scientists have not been able to find out the origin and formation of this magnetar. They have said that as the magnetar is quite young, there must be some obvious remains of the supernova explosion, which might have formed it. Further study has revealed that some debris of the mega explosion has been found, but it is located further away from the magnetar. Experts have said that to get away from the debris to its actual position, the magnetar might have traveled quite faster than any other neutron star. The findings of the new study are going to be released in the Astrophysical Journal Letters.