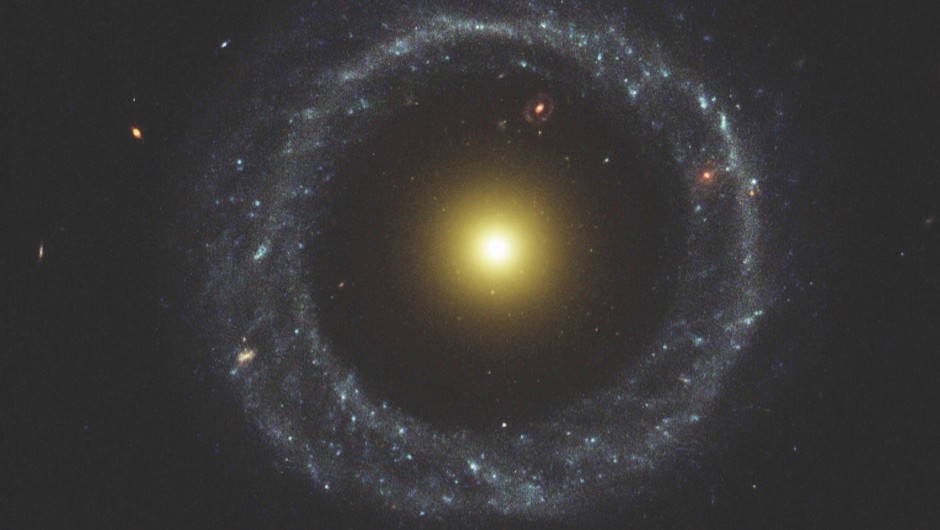 The universe is very mysterious, and most of the times, it breaks the rules of physics, and sometimes it follows the same. We’ve discovered a lot of strange objects in the universe that tricks our mind. Hoag’s Object is one such mind-boggling, Object, which is nothing but the Galaxy inside the Galaxy. We’ve never seen anything like this before, which makes everyone stare in awe at the results. Hoag’s Object not a discovery at all, as it was discovered back in 1950 by the astronomer named Hoag.

The Hoag’s Object is the perfectly ring-shaped Galaxy which is nearly 600-million light years away from the earth. It is spread over 100,000 light-years and is in a perfect ring shape. What is weird is that the another small galaxy placed inside the ring. NASA’s Hubble Space Telescope recently took the cleared and sharper picture of the Hoag’s Object, which was later processed artificially by Geophysicist Benoit Blanco. In the graphically processed image, we can spot the perfectly ring-shaped Galaxy with billions of blue stars around in the ring. Inside the blue star circle, there are a bunch of red stars, which consists of another galaxy.