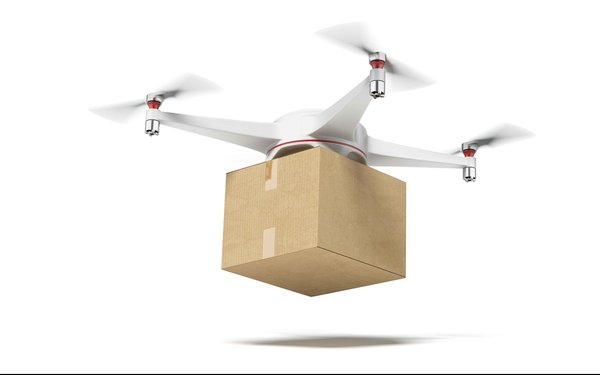 The act of drone package delivery is not a new idea. Drones have been used for this purpose in the past with success. A major benefit to drones is that they can fly in areas that are not accessible by helicopters or cars, such as mountainous regions. Drones also allow packages to be delivered faster than other forms of transport.

In the future, it may not be necessary to wait for a package to be delivered by a packaging company. The drone delivery industry is expected to grow from $4 billion in 2017 to $100 billion in 2025. In fact, according to UPS Vice President Matthew Thornton, “30% of our global ground network is now within 10 miles of an airport.” Drones are becoming more accessible tocompanies like Amazon and Google investing heavily into research and development.

What is the drone delivery system?

The drone delivery system was introduced in 2011 by Amazon. This system allows packages to be sent to customers by drones, eliminating the need for people to be there to conduct the transaction. The company expects this technology to save time and money while also providing convenience for customers.

The new, innovative system of package delivery is the drone delivery system. Drone package delivery has already been tested in some parts of the country – UPS tests for drone deliveries, for example. Drones are becoming more advanced and eventually they will be able to carry heavier payloads (packages) to more remote locations with ease.

What are the design and features of a typical drone and how does it work in the process of delivery?

The typical design of a drone package delivery is an aircraft with four propellers and a camera attached to it. Cameras are typically located on the nose or body of the aircraft, but there are some models that have dual cameras on the front and back. This design allows drones to deliver packages across a variety of terrains through a range of weather conditions, including rain and snow.

Drone deliveries are becoming more and more popular in today’s world. With the emergence of drones, people will be able to shop from their homes and have items delivered by a drone within thirty minutes or less. This new technology can help with traffic, reduce pollution, and will ensure that packages are delivered to customers on time. Drone deliveries are a new development in the field of package delivery.

Current State of Affairs: How are drones currently being used in the industry?

Drones are being used in many different areas of industry. Delivery drones are emerging as a new means for speedy delivery of goods to the customer’s door. Amazon has recently partnered with Virginia Tech to conduct drone testing, and they have plans to use them for package delivery. As the FAA continues to approve more requests each day, more businesses are able to make use of these fast-delivery machines.

In the future, packages will be delivered right to your doorstep by a drone. Amazon has been testing a delivery-by-drone program for a little over a year now and the results are promising. Amazon Prime Air is what Amazon calls this service that promises to deliver packages in 30 minutes or less using drones that Amazon hopes will become a widespread means of delivery in the near future.

The Problems with Drone Delivery: What are the challenges of drone delivery?

There are many problems with drone package delivery, not just for the delivery person, but for the recipient and the store as well. The issues begin with legalities. The FAA has designated certain airspace as a no-fly zone and violators could be subject to arrest. But if you ignore this issue, there are still potential safety hazards. There may be collisions between drones and other aircraft.

The issue of drone delivery is one that has been discussed for some time now. So far, companies have largely restricted their use to agricultural environments due to safety. There are many hurdles that need to be overcome before drones can be used reliably in urban areas. The biggest challenge is the amount of data that needs to be transmitted by these small package-carrying machines, which may limit the number of packages they can carry at one time.

A recent article in the International Journal of Engineering and Technology said that drones will be used for package delivery in the future. The article discusses how other countries, such as Canada, are currently working on legislation to allow drones to be used commercially. The article also predicts the impact on consumer privacy should drone package delivery become a reality. In Canada, drones cannot fly higher than 90 meters off the ground, which limits their use for commercial purposes.

Drone package delivery may be the future of deliveries. The United States Postal Service announced that it will soon test drones for package delivery in Alaska. This is thought to be the next step in mail’s evolution, with drones replacing UPS, FedEx, and other ground transportation methods expected to take years to develop. Drone packages are expected to deliver products at a lower rate than traditional shipping methods. Robot-piloted aircraft were used by 7 companies in the U.S.