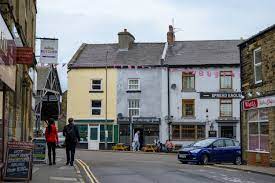 Small businesses across the UK face challenges in surviving continuously increasing costs, sky-high energy bills, and a rapid decline in consumer purchasing power. According to the latest data released on the 17th of August, inflation in the UK increased by 10.1% in July, marking a 40-year high because of soaring food and energy prices that ultimately worsened the UK’s cost-of-living crisis.
The Bank of England anticipated limiting consumer price inflation to 13.3% in October. At the same time, the UK’s average energy bills are expected to increase in Q4, 2022 by £4,266 ($5,170) annually in early 2023.

In Q2, 2022, real wages in the UK declined by 3% annually, as wage increases failed to align with the soaring cost of living, resulting in the sharpest decline yet. Alan Thomas, UK CEO at insurance firm Simply Business, said that many small business owners still face soaring energy bills as the energy price caps do not directly apply to businesses. At the same time, Britons limit their spending on non-essential things, which means consumer purchasing power is decreasing, ultimately harming the books of small business owners.

Christopher Gammon, e-Commerce manager at Lincs Aquatics, a Lincolnshire-based store, and warehouse providing ponds, aquariums, and marine livestock, reiterated the same assessment.
Gammon said that businesses had continuously experienced an increase in energy prices by 90% since the time of war in Ukraine began. Business owners are expected to observe further spikes in the coming months.

He further stated that businesses are fighting increasing prices by transitioning to solar and wind energy, using efficient lighting solutions such as LED, and implementing practices like shutting down unused devices. They have also been forced to increase their product prices, as most products are livestock-related, now being sold at higher prices. On account of the additional cost of maintenance, consumers now seek to avoid purchasing and rearing fish.

Lincs Aquatics had to close its store in East Yorkshire due to surging prices, resulting in the termination of staff in an attempt to help them through this crisis by increasing the salaries of workers at their other two outlets located in Lincolnshire.
Additionally, Gammon is working on expanding their online business due to soaring in-store upkeep costs, as heating water for marine aquariums along with pump equipment has become a relatively costly affair.

David Bharier, head of research at BCC (British Communications Company), said businesses are experiencing unprecedented cost pressures because of fuel, raw materials, utilities, labor, and taxes. A further addition to this is the continuing supply chain crisis boosted by lockdowns in China and Russia’s invasion of Ukraine.

Apart from this, rail strikes have become a major reason for forcing the country’s transportation system to a halt for several days during the summer, which looks to continue. In contrast, telecom engineers, postal workers, and dock workers have favored strikes as rising inflation decreases real wages.

Liz Truss, a conservative leadership favorite, had been forced to reverse the plan of cutting public sector pay outside London earlier this month. This would have cut down the salaries for nurses, teachers, the armed forces, and even the police.
In 2010, as a consequence of the global financial crisis, the British government announced a pay freeze for 2-years for public sector workers ahead of a public sector pay award of a 1% average cap, which was elevated in 2017 with increasing average pay rises by almost 2% by 2020.
The pressure on the government and businesses to increase workers’ wages during increasingly soaring living costs has resulted in growing concerns about enduring inflation.