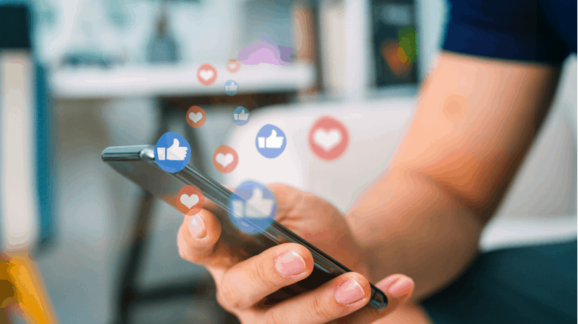 Home / Online Freedom Is Eroding Due to Governments Cracking Down On Criticism: Study

Online Freedom Is Eroding Due to Governments Cracking Down On Criticism: Study

A recent study indicates that online freedom is steadily eroding due to the progressive cracking down on free expression and the spread of false information by various governments. Freedom House, a democracy advocacy group located in Washington, DC, reported that internet freedom decreased for the 5th consecutive year in the United States and the eleventh consecutive year globally, due to 2 separate factors. Because of the absence of oversight in the digital sector in the United States, firms have grown to unimaginable heights, and false information has flourished online. Authoritarian regimes throughout the world are using the internet to stifle dissent. Freedom House noted an increasing lack of diversity across online data outlets in the United States that enabled conspiracies and disinformation to flourish, a problem that was seriously highlighted during the 2020 elections and the 2021 US Capitol rebellion. “The propagation of misinformation and conspiracies regarding the November 2020 elections rocked the foundations of the American democratic system,” the study stated. The annual survey, which has been released since 1973, utilizes a standard index to assess internet freedom by the nation on a scale of 100 points. the internet infrastructure, governmental control, access barriers, as well as content regulation, are all discussed in this report.

The rejection of a Trump presidency decision to stop dealings between US citizens and Chinese social networking firms was cited as advantageous by the study as steps carried out by Joe Biden’s administration since his election was deemed “promising” for internet freedom. Meanwhile, worldwide internet freedom has deteriorated for the 11th year in a row, with more countries than ever detaining individuals for peaceful ideological, social, or religious expression. According to the research, internet connection was tampered with within at least 20 nations, with 20 counties restricting access to social media. Myanmar, Belarus, and Uganda saw the most drastic drops in internet freedom. As a result of pro-government social media accounts flooding the online ecosystem with misleading material in the months leading up to the January 2021 elections, internet freedom in Uganda dropped seven points. Belarusian authorities clamped down on protests ahead of the country’s August 2020 presidential elections by limiting internet access and monitoring the online activities of activists. As a result of new legislation criminalizing online expression and draconian prison terms handed out to activists for online dissent, the Chinese government was labeled “the world’s worst abuser of internet freedom” by the report, which included an activist who had been sentenced to 18 years for distributing a paper criticizing the Chinese government’s management of the COVID-19 pandemic.

Officials in India put pressure on Twitter this year to avoid reporting altered information published by the governing party and to delete protest-related and critical remarks. Turkey’s President Recep Tayyip, who has personally presided over the mass imprisonment of reporters and political opponents. Politicians and technology firms are at odds over user rights, according to the study, with regulators in at least 42 nations seeking new laws for sites over content, information, and competitiveness in the past year. Twitter was compelled to delete messages critical of the ruling party in India after officials applied pressure. Nigerian authorities have barred citizens from using Twitter because the social media site deleted inflammatory tweets by President Muhammadu Buhari. Recep Erdogan, Turkey’s president, has accused internet firms of “digital fascism” for refusing to comply with requirements in the country’s social networking laws. Despite these concerns, the study found that legislation aimed at bringing down internet giants’ influence had been sparse. It showed that even while 48 nations have taken regulatory action over the last year, very little of the legislation has the capability to make a significant difference.