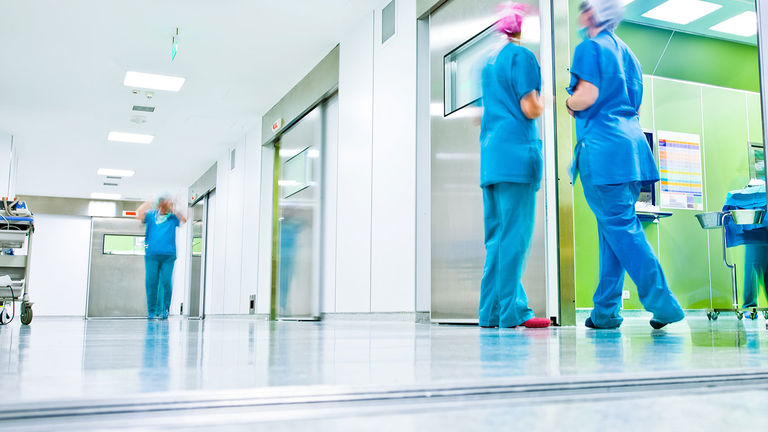 A report has shown that more than 10000 people have contracted the SARS-CoV-2 infection during the first wave of the COVID19 pandemic after visiting hospitals for reasons that have not been linked to coronavirus. The report has been put together by a non-profit organization called Kaiser Health News. Experts have said that more than 2000 people who have contracted the disease while visiting hospitals have lost their lives due to the virus. Health leaders from the organization have said that it seems that the actual number of people infected with the virus during hospital visits might be far higher than what has been reported. The data has shown that nearly 21 percent of COVID19 incidents that have taken place due to the hospital visits from April 2020 to September 2020 have resulted in the deaths of about 2000 people. Some experts have said that partial responsibility for causing these COVID19 cases lies with poor infection control measures taken by hospitals. Many hospital staff members have spread the virus among themselves and then transmitted it to patients. Although hospital workers have been segregated depending upon the patients they have been treating and have been asked to maintain social distancing at all times from other health care workers, they have been seen gathering in areas to use computers, health records, and to have breaks. Some old hospitals have been at a higher risk of COVID19 outbreaks due to tiny rooms, narrow corridors, and poor ventilation. Other studies have shown that shifting patients between beds or in and out of wards to create more space in the hospital as well has been a crucial vector of infection. Scientists who have been responsible for tracking COVID19 outbreaks in hospitals have said that in the early stage of the pandemic, COVID19 cases originating from hospitals have been a major concern. However, now, hospitals are much safer than earlier.

A woman from Florida named Cindy Johnson has said that her husband has contracted the virus at the Blake Medical Center in Bradenton, Florida. She believes that a staff member from the facility has transmitted the virus to her husband. Her husband has visited the medical facility to seek treatment for flesh infection; however, he has ended up being infected with COVID19. Ms. Johnson has said that her husband has tested negative for the virus before he has been admitted to the hospital. However, 13 days after being admitted to the hospital he has been diagnosed with COVID19 and eventually has lost his life due to the virus. She thinks that the large number of hospital workers going in and out of his room, where her husband has been admitted has led to the infection. Ms. Johnson has said that it is terrible that health care workers are not mandatorily needed to be immunized. A spokesperson from the Blake Medical Center, Lisa Kirkland has said that the hospital administration has been promoting vaccination and following the guidelines of the US Centers for Disease Control and Prevention (CDC), the federal government, and state authorities. President Joe Biden has said that all hospital staff members should take the vaccine; however, the US government is more likely to face resistance from hospital workers. Several states in the United States, including Florida, have not accepted the vaccine mandate. Another victim of hospital negligence, 71-year-old Linda Moore has been diagnosed with COVID19 15 days after being admitted at Havasu Regional Medical Center in Lake Havasu City Arizona for spinal surgery. Despite all safety protocols taken by the facility, Ms. Moore has caught the virus and has died after being airlifted to another hospital. Ms. Moore’s daughter has said that the facility has not properly explained her mother’s death.

Experts have said that the spread of the virus among hospital staff members and patients seems to go hand in hand. As per the data, nearly 139 cases of COVID19 among staff members have been reported from April 2020 to October 2020 at Beaumont Hospital in Michigan. In the same hospital, around 7 percent of people who have visited the facility for some other reason have tested positive for COVID19. A spokesperson from the health care facility has said that last year there have not been enough test kits to screen all patients; therefore, many people have been detected with the virus quite late. However, now all patients who are visiting the hospital are being tested for COVID19. As per the data compiled by John Hopkins University, nearly 46 million people have been diagnosed with the SARS-CoV-2 virus in the United States. These cases have led to around 750000 causalities across the country. Looking at the data, experts have said that the figures for COVID19 cases and deaths in the United States have been greater than any other nation across the world. Around 59 percent of the adult population in the US has been immunized so far. The US government is now trying to contain the surge that might take place during the holiday season. As per the latest report, COVID19 cases are shooting up across some rural counties of New York City. Experts have said that though the most populated and dense parts of the state have been keeping the number of cases low, a couple of rural counties have witnessed eight times higher number of cases than places such as Bronx and Queens. They have said that counties that have been witnessing a higher number of COVID19 tests turning positive have had a low rate of vaccination as well. Experts have claimed that there are some upstate areas that have been witnessing a surge in COVID19 cases. The Finger Lakes has seen the highest surge with 6.21 percent of tests turning positive. Western New York as well has been witnessing a surge with 6.14 percent of COVID19 tests coming back positive. Allegany County in Western New York has reported a 10.6 percent of the seven-day average of test positivity. The county well has been reporting the lowest rate of immunization. Only 43.9 percent of people living in the county have received only the first dose of the COVID19 shot.