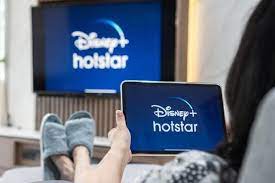 When it comes to streamed content, Disney has decided to take a fresh start over the following year, Hotstar U.S. will be phased away. Alternatively, Disney will rebrand Hotstar’s sports entertainment programs into ESPN Plus and Hulu for the U.S. market. Hotstar subscribers in the U.S. may convert their service to the Disney package, with enough people, Disney aims to shut down operations at Hotstar in the U.S. by the end of 2022, but it hasn’t set a date yet. With the purchase of 21st Century Fox, the Mouse House snagged Star India, which runs Hotstar worldwide. No additional fee will be made starting September 1 for the U.S. It was a win-win for everyone when Disney announced that Hotstar will no longer be available to U.S. customers as South Asian programming will now be available on ESPN Plus as well as Hulu in the United States as part of the Disney package, according to a company release.

All of the content distributed through Hotstar will be included in the Disney package in the United States, along with accessibility to Disney Plus, ESPN Plus, with Hulu’s collection of over 100,000 film and television titles, as well as original series and athletic events. Usually priced at $13.99/month, the three-service package is comparable to Hotstar’s $49.99/year price tag in the United States On Hotstar, cricket matches are the most consumed content. This means that, as with September 1, ESPN Plus will be the official U.S. broadcast site for live cricket matches, including VIVO IPL games, the ICC Men’s T20 World Cup, and India’s home series.

To keep up with Hotstar specials and famous Indian cinema movies and shows, Hulu will continue to add thousands of them to its library, to name a few, “The Office” in its Indian version is now available to all Hulu users as well as “Hostages” (based on a BBC show of the same name), “Dr. Foster Out of Love” (“The City of Dreams”), etc. Subscribers to Hotstar in the United States who do not wish to take advantage of the Disney package deal may seek prorated refunds before Sept. 30. U.S. subscribers of Hotstar with other Disney streaming platforms will get partial reimbursements for the balance of their Hotstar yearly membership. According to Disney, Hotstar users in the United States are in the hundreds of thousands. For the time being, the adjustment only impacts subscribers in the United States.