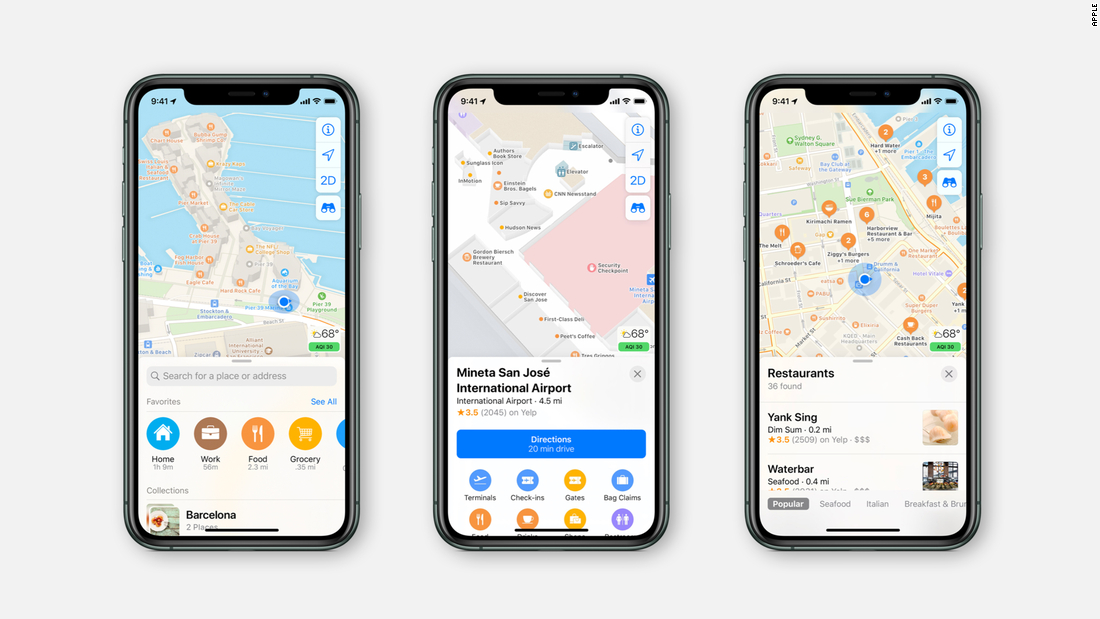 Tech giant Apple has announced the expansion of its Look Around feature. The Look Around is an Apple Maps feature. The company has expanded this feature from Apple Maps to Phoenix and Arizona. The feature is quite similar to Google’s Street View. It offers 3D street-level descriptions. Apple had first introduced the Look Around feature in iOS 13. The iPhone maker had, however, limited this to a few cities in the US. The feature will now be available to users spread across 14 regions in the world covering three countries — the US, the UK, and Japan. Apple had in 2018 announced that it was rebuilding Apple Maps.

Apple said that wherever the Look Around feature is available, users will get to see the binoculars icon. The icon will be displayed in the top-right corner of the application. When they will tap the icon, they will get to see a street-level on their screen. The view will be in a card overlay at the top. Users will have the feasibility to expand it to a full-screen view. According to Apple, it works just like Google Street view which offers a virtual view of surroundings on Google Maps. The iPhone maker said the view can also be changed. Users will require swiping the display and tapping the road to move the camera.

The Look Around gives interactive panoramas, meaning the users get a 360° view. It gives smooth transitions. Users can navigate through the screen. Apple didn’t reply on the data of third-party mapping services since the beginning. The company had launched its own fleet of cameras and sensors to gather information and feed them into the database. Back in August, Apple launched the Look Around feature outside the US. Japan was the first country where the Look Around feature was made available. The Japanese cities’ lists include Tokyo, Kyoto, Nagoya, and Osaka. The Look Around feature was launched in London and Edinburgh, both in the UK, on October 1. The launch also included Dublin city. The company is currently gathering data in Canada.