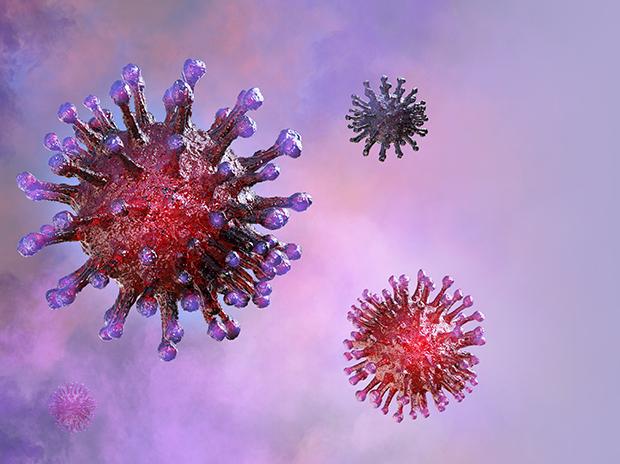 A team of scientists has found three new viruses in bats in Laos that are said to be closest associates of the SARS-CoV-2 virus, which causes COVID19 in humans. The authors of the study have said that parts of the genetic code bolsters of these viruses show that the virus that is responsible for COVID19 contains a natural origin. They have said that the discovery of these viruses heaves concerns that there must be a wide range of coronaviruses that might have the ability to infect humans. A virologist from the University of Glasgow in the UK, David Robertson has said that the findings of the study are quite frightening. The outcomes of the study have not been peer-reviewed yet. The authors of the new study have said that these viruses have receptor-binding domains that are almost similar to the receptor-binding domain (RBD) of the SARS-CoV-2 virus. Therefore, these viruses might be able to infect humans and certain species of animals as well. The receptor-binding domain helps the SARS-CoV-2 virus to latch on to a receptor that is known as ACE2, which is found on the surface of human cells. Experts who have been involved in the study have taken urine, saliva, and feces samples from 645 bats in caves across northern Laos. Scientists have found three viruses in three horseshoe bat species that have been named BANAL-52, BANAL-103, and BANAL-236. The findings of the study have shown that each of these viruses is more than 95 percent similar to the SARS-CoV-2 virus. Although the findings have not been peer-reviewed by experts yet, the outcomes have been released on the preprint server Research Square. The study has been done by experts from the Pasteur Institute in Paris and other experts from France and Laos.

A virologist from the University of Sydney, Australia, Dr. Edward Holmes has said that earlier, the receptor-binding domain of the SARS-CoV-2 virus has appeared to be never seen before when experts have sequenced the virus for the first time. This finding has made scientists think that the virus has been developed in a laboratory. However, now, the discovery of these new viruses shows that these parts of SARS-CoV-2 have been existing in nature, said the expert. A scientist from Duke-NUS Medical School in Singapore, Linfa Wang has said that the findings of the new study have confirmed that the SARS-CoV-2 virus has an organic origin. The authors of the study have said that with the unearthing of SARS-CoV-2 relatives in Thailand, Cambodia, and Yunnan in Southern China, it is confirmed that Southeast Asia is a hub of diversity for closest relatives of the virus that is responsible for COVID19. Alice Latinne who is a biologist from the Wildlife Conservation Society Vietnam in Hanoi as well as supported the findings of the new study. The lead author of the study, Marc Eloit, who is working as a virologist at the Pasteur Institute has shown in a lab test that the receptor-binding domains (RBD) of these newly found viruses are able to bind to the ACE2 receptors of human cells as effectively as some of the early variants of the SARS-CoV-2 virus. Health experts involved in the study have sequenced the BANAL-236 in the lab and now they are planning to study how contagious this virus is in animal studies.

A team of experts has found an early close relative of the SARS-CoV-2 virus that has been named RaTG13 last year. It has been identified in bats in Yunnan. Experts who have done this study have claimed that this virus has been 96.1 percent similar to the COVID19 virus overall. The findings of this study have shown that the two pathogens have shared a common antecedent 40 to 70 years before. In the new study, the BANAL-52 has been found to be 96.8 percent similar to the virus that leads to COVID19 infection. The authors of the new study have claimed that all three newly discovered viruses contain specific sections that are quite similar to sections of the SARS-CoV-2 virus. Experts have said that no other virus has been found with such similarities with the SARS-CoV-2 virus. Scientists have said that pathogens exchange chunks of RNA with one another via a process that is known as recombination. The results of the study have shown that there is a section in BANAL-103 and BANAL-52 that might have shared an ancestor with some sections of the SARS-CoV-2 virus less than 10 years ago. A scientist from the University of Glasgow, Spyros Lytras has said that such viruses recombine so many times, that is the reason, and various bits of the genome carries different evolutionary histories. Some experts have claimed that the Laos study offers some hints about the origin of the COVID19 pandemic; however, some details are still missing. They have said that the newly found viruses do not have the furin cleavage site on the spike protein. The furin cleavage site helps the virus to enter human cells. The new study has not been able to show how an ancestor of the virus has been found in Wuhan or whether the virus has used an intermediate host. Experts have said that sampling more bats and other wildlife species in Southeast Asia might help to find these answers. A study that has been done by Chinese scientists has shown that such viruses are quite rare in bats found in China. Chinese scientists have modeled nearly 13000 bats in China from 2016 to 2021. However, other experts have clearly denied these claims as close relatives of the SARS-CoV-2 virus have been found in Yunnan. The authors of the Laos study have said that sampling bats outside China might help identify the origin of the COVID19 pandemic. They have already started further studies to understand the actual source of the pandemic.