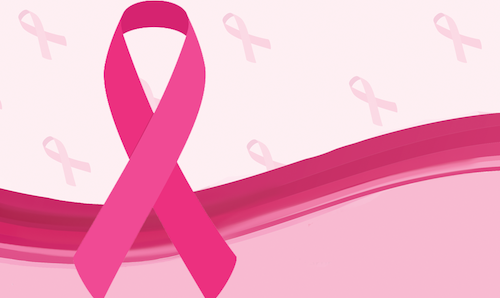 The senior research communication manager from the charitable trust Breast Cancer Now, Kotryna Temcinaite has said that the findings of the analysis offer vital insights into those women who are at a higher risk. Health experts have said that each month, nearly 1000 women lose their lives while fighting against fatal secondary breast cancer. Kotryna Temcinaite has said that health experts need to know more details about this terminal form of breast cancer so that they can find new ways and means to improve existing treatment or develop a new and more effective therapy for patients who are dealing with this devastating disease and for those who are scared of the diagnosis. New data shows women who are 35 years old or below who have been diagnosed with the primary form of breast cancer have the highest odds of being diagnosed with secondary breast cancer. The authors of the study have said that the findings show that the size of the tumor, the form of breast cancer, and the duration of time since the person has been detected with the primary breast cancer play a vital role in determining the risk of an individual. Scientists have said that secondary breast cancer starts developing many years after the first breast cancer diagnosis. Therefore, it becomes mandatory that health experts learn more about the disease and find more methods and ways to prevent it. In the study, health experts have analyzed the health records of tens of thousands of women from more than 400 studies from Europe, Asia, Africa, North and South America, and Oceania.

The study has noted that the overall threat of metastasis for the majority of breast cancer patients is somewhere between 6 to 22 percent. The authors of the new study have said that the range of risk is wide as it varies majorly depending on a whole array of various risk factors. Women who are diagnosed with breast cancer under the age of 35 years are at a 12.7 percent to 38 percent risk of reoccurrence of cancer and progression of cancer to other parts of the body. Women who are 50 years old and above are at a 3.7 percent to 28.6 percent risk of being diagnosed with cancer all over again or secondary breast cancer. The presenter of the study, Dr. Eileen Morgan has said that it might be because young women are usually diagnosed with a more aggressive form of breast cancer or they are diagnosed with the disease at an advanced stage. Dr. Eileen Morgan is associated with the International Agency for Research on Cancer (IARC). Breast cancer is one of the most common forms of cancer women are diagnosed with. The majority of women are detected with this type of cancer when their cancer is restricted to the breast or has transmitted to nearby tissues only. In some cases, cancer grows further and spreads to other parts of the body or it comes back in a different part of the body many years after the end of the initial care. At this stage, cancer becomes quite hard to treat and the risk of death is much greater than before.

Health officials have said that at this point, it is uncertain how many people have been diagnosed or can have metastasis breast cancer as cancer registries have not been collecting information regarding this. The findings of the study have also confirmed that women who are found with a specific type of breast cancer as well are at an increased risk of cancer progression to other parts of the body, especially those women who have been diagnosed with a form of cancer known as luminal B. Women who have been found with luminal B cancer are at a 4.2 percent to 35.5 percent risk of cancer spreading as compared to women who have been identified with luminal A cancer. A member of the Conference’s Scientific Committee, Dr. Shani Paluch-Shimon has said that the findings of the study are crucial for patients and their health care providers. Dr. Shani Paluch-Shimon is also the head of the breast cancer unit at Hadassah University Hospital in Israel.