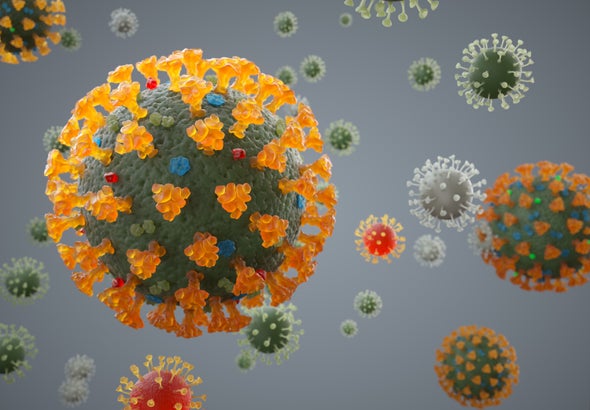 A pulmonologist from Michigan has revealed that nearly six out of his eight patients who have been dealing with severe COVID19 infection have lost their lives as they have paid no attention to the severity of the SARS-CoV-2 virus. He has said that the patients who have died due to severe disease have completely neglected his medical advice. Dr. Matthew Trunsky is working at a Beaumont health network facility in Troy as the chief of the palliative care unit. He has revealed his interactions with eight of his COVID19 patients on a social media platform. Dr. Trunsky has said that some of his patients have not even accepted that they are infected with the SARS-CoV-2 virus even after testing positive for COVID19. Some of them have been adamant about seeking untested treatments such as ivermectin and hydroxychloroquine. Dr. Matthew Trunsky has said that some patients have said that they will rather prefer dying than taking COVID19 shots. He has mentioned that people are getting upset with doctors and nurses who are trying to offer the best treatment and care. The key to preventing COVID19 infection is vaccination only, and many of them have not been immunized. He has warned that the number of people facing death due to the virus among the unvaccinated population is rising steadily; therefore, people should take vaccines as soon as possible. Dr. Matthew Trunsky has claimed that 90 percent of COVID19 patients who are being treated at his facility are not immunized yet. He has said that health care providers are overwhelmed to see the number of people who have lost their lives during the span of this pandemic.

Dr. Trunsky and many other health care providers have said that it is quite exhausting for them. They have said that not even a week passes by when they do not witness someone die due to the virus. As per a survey, nearly 20 to 30 percent of health care workers are thinking of quitting their profession as they are completely burnt out. Trunsky has said that when scientists have come up with COVID19 shots in December last year, it has given him hope that situation will get better, however, with the spread of the delta variant, cases have started surging again in the United States. He has said that the surge has been seen among the unvaccinated population mostly. He has revealed that on one hand, some patients who are dealing with the severe viral disease feel sorry for taking the shots, on the other and there are some patients who are adamant about their choice even on their deathbeds. The US Centers for Disease Control and Prevention (CDC) has reported that nearly 55.3 percent of people in the US have been fully immunized against COVID19 so far. Around 64.3 percent of the people in the United States have received their first doses of COVID19 shots. As per the CDC data, there are nearly 70 million people who are eligible for vaccination but have not taken the shots yet. Dr. Matthew Trunsky has said that these unvaccinated people are paying a hefty price for their decision and in the end, they take out their anger at the medical community. He has said that there are two other COVID19 patients at his health facility who are in critical condition.

In the US, many health facilities have announced COVID19 vaccine mandates for their employees. A section of health care workers has been protesting against the mandate. Recently, North Carolina-based health facility Novant Health has terminated more than 175 workers for not complying with its COVID19 vaccine mandate. Last week, the hospital has suspended nearly 375 staff members for the same reason. The officials have said that suspended staff members have been given a window of five days to comply with the hospital’s vaccination requirement. Around 200 health care workers have fulfilled the requirement within the given time. The officials from the health facility have said that more than 99 percent of the hospital’s 35000 plus employees have agreed to abide by the vaccine mandate along with those who have requested vaccine exemption due to religious or medical concerns. Employees who have been given religious or medical exemption will have to undergo COVID19 testing every week and wear N95 masks and eye shields while they are at work, said the officials. In July, Novant Health has declared that all employees will need to take the COVID19 shot. As per the authorities, 15 September has been the deadline for all employees to take the shots. Those who have recently started a two-dose regimen of vaccines will need to get their second doses by 15 October. The US government has started the rollout of booster shots in the country to improve the level of immunity among people who have been immunized with two doses months ago. However, the World Health Organization (WHO) has not been in favor of distributing booster shots at a time when many low-income countries are still waiting for COVID19 shots to vaccinate their populations.