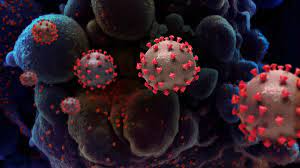 According to the US NIH, coronavirus likely developed naturally. It jumped from an animal to humans. But the NIH said that the possibility of a leak from a lab is still not out of doubt. The virus has affected the United States the most. The country accounts for the highest number of cases and deaths. Renowned American physician Francis Collins said that it cannot be ruled out that Chinese scientists were secretly studying the virus at the Wuhan lab and that the virus leaked from there. He said that vast evidence from other perspectives indicated that SARS-CoV-2 is a naturally occurring virus. He added that the virus has no earmarks that indicate that it has been created by humans intentionally.

Notably, the WHO in its March report said that it was tough to believe that the virus escaped from a lab. The report said that it was extremely unlikely that it leaked from the Wuhan Institute of Virology. The WHO later undermined its own report and recommended further studies in Wuhan to find its origin. China has, however, rejected the WHO’s proposal for the second round of investigation. The US intelligence had in November 2019 reported that three persons working at the Wuhan laboratory fell ill. They showed symptoms that are similar to people who have tested positive for Covid-19. Meanwhile, a group of 21 international experts has backed the theory that SARS-CoV-2 most likely jumped from animals to humans. The findings were published in the journal Cell.