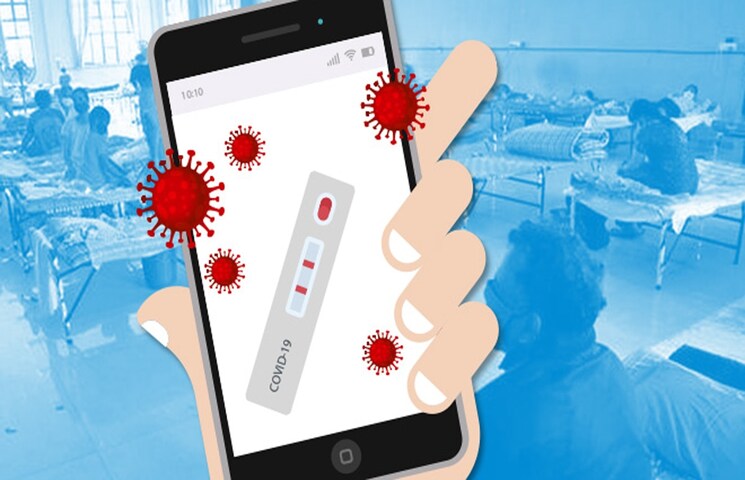 The UK Researchers have discovered a new method for testing of Covid-19. University College London researchers have claimed that swab samples collected from smartphone screens can detect the virus. They said that the method is accurate and non-invasive. It also cuts the cost of detecting infection. The method is called Phone Screen Testing. Researchers analyzed swabs collection from screens of mobile phones. They found that people testing positive by the regular nasal swabbing collection were also positive when Phone Screen Testing was done. The study said that the method is as accurate as lateral flow device viral antigen tests to detect infection. The accuracy of diagnosing via phones was found to be between 81 and 100 percent of those contagious with a high viral load.

Researchers described Phone Screen Testing as an environmental test. It is different from the traditional way of testing samples in clinics. The method is cheaper than the existing method of nasal swabbing PCR. Besides, it also cuts the discomfort people face while going through the current testing options and can help in increasing the testing. The study suggested that the new method could be suitable for economically weak countries and regions that have been left behind due to the pandemic in the fight against the virus. The method takes less than one minute to collect the sample. It does not require medical persons to take the sample, thus eases its adoption by the masses.

Researchers noted that Phone Screen Testing could emerge as an effective way to limit the spread of the virus. People can take the test regularly as it is easier and does not require medical officials. Active testing for the virus is a priority worldwide to detect cases amid concerns of new variants. Several poor countries are yet to roll out the vaccine, thus becoming more vulnerable to new variants. In such a situation, actively testing people for the virus can help in containing the spread. Also, physical testing is a bit expensive and can be unpleasant for many. The Phone Screen Testing method can be vital in overcoming such hurdles and effectively deal with the situation.