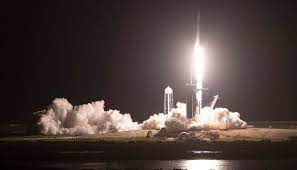 SpaceX has promised to upgrade its spacecraft. It will improvise features to make the space tour more comfortable. SpaceX CEO Elon Musk said that there were several challenges that the Inspiration4 crew faced during their flight. One of the major challenges was related to the toilet. Musk acknowledged that the crew experienced difficulties in using the toilet. Inspiration4 was the first private space trip. The crew spent three days in space, circling the Earth. SpaceX declared the first all civilian space trip as a success. But the spacecraft now requires upgrades to meet the needs of future travelers. Musk, however, didn’t elaborate on what challenges the crew faced while using the toilet.

Musk has also promised that the Dragon The company said that Dragon will get capabilities that will allow astronauts to keep food warm when it flies next time. Dragon is a spacecraft that SpaceX has developed. It is a reusable spacecraft. The aerospace firm has already launched the spacecraft multiple times to supply materials to the International Space Station. The Inspiration4 crew had said that they are enjoying cold pizza in Earth orbit. The four travelers had even shared a checklist that they are eating. Cold pizza was one on the checklist. They described eating pizza in space as extraordinary. However, this didn’t go down well with Elon Musk. He even offered an apology and promised to provide a facility to keep the food warmer.

Musk also said that the spacecraft will also get a WiFi facility. Although the Inspiration4 crew members have kept the Earth updated about their space trip, a WiFi facility will give access to the Internet. The spacecraft re-entered Earth’s atmosphere after three days, making a soft water landing. The mission was launched atop the Falcon 9 rocket. The Dragon capsule was fully automated. It touched a high altitude of 585 km. It surpassed ISS’ altitude by 160 km. Spacecraft had upgraded the Dragon’s dome window. This provided incredible views of Earth to the crew. SpaceX described the space trip as historic. This will pave the way for broadening the avenue of space tourism. It described Inspiration4 as the first step towards its mission to colonize Mars.