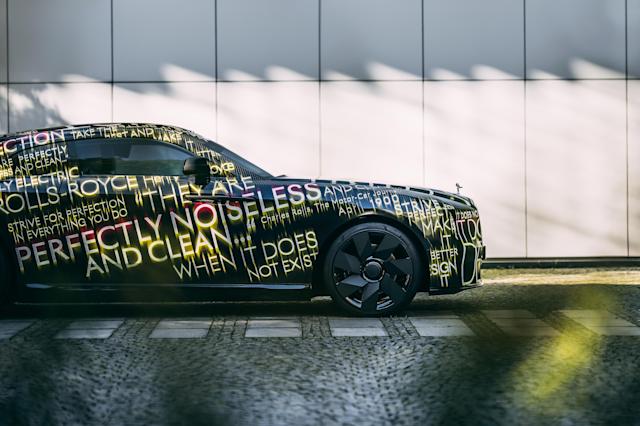 There are not enough details of the car that Rolls-Royce is planning to sell in 2023. But one thing is clear that the car is based on the modular Architecture of the Luxury aluminum platform. The platform supports some of the most popular vehicles of the company like Phantom, Cullinan, and Ghost. The carmaker has not revealed any information related to the powertrain of this car. However, Rolls-Royce’s chief executive officer Torsten Müller-Ötvös has already said that the electric cars manufactured by the company would need to match the level of performance offered by the company’s V-12 engines. These engines produce ample power but at the same time, they are quiet and smooth-running. Rolls-Royce claims that cars powered by V-12 engines are capable of achieving a speed of 60 mph in just 4.3 seconds. So this is going to be the baseline for all-electric vehicles that are going to be produced by the company. The 102EX was capable of delivering a combined 389 horsepower to the rear axle thanks to the 71.0-kWh battery pack and a pair of electric motors. But Spectre that will go into production will be safely more potent than this. Specter is also expected to offer a better range. At least better than 124 miles that were claimed for the concept.

Rolls-Royce has been synonymous with wealthy customers and the executives of the company have said that these customers don’t want the pain of charging electric vehicles. This was mainly because of the short driving range of 125 miles offered by the concept car. This is nothing when compared to today’s standards. At that time, there were not enough charging points. The company had then said that its customers did not show any interest in the EVs. Talking about the reason behind selecting the name specter for its first electric vehicle, the company said that this has been done to match its other products like Ghost, Phantom, and Wraith. However, Rolls-Royce spokesman Gerry Spahn said that the EVs launched by the company would be totally new and not a replacement of any other cars manufactured by the company. The company has not revealed the price of the vehicle but generally, the cars manufactured by Rolls-Royce are costly and the range usually starts from over USD 300,000.