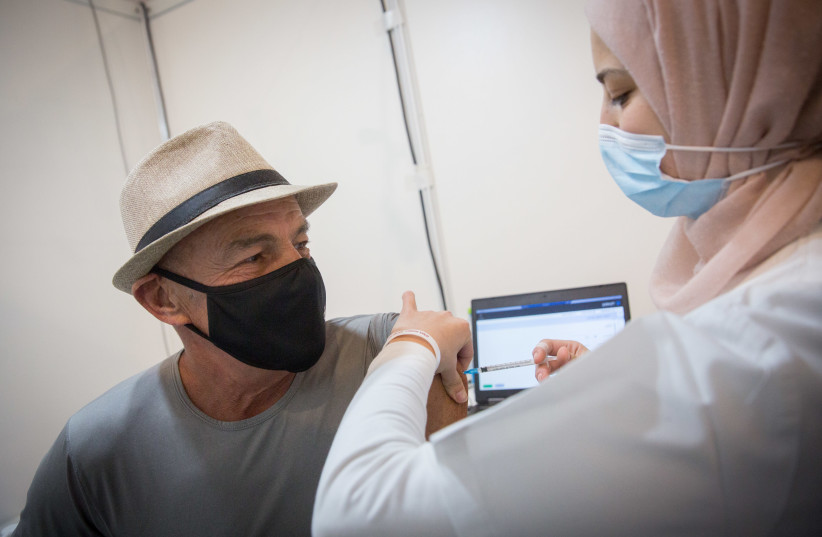 The officials have revealed that the Israel government has vaccinated at least half of its people who have been at a higher risk of COVID19 and around 10 percent of the general population in just two weeks. The officials have accelerated the COVID19 vaccination drive in the country after an initial glitch has resulted in wasted shots. The government has planned to immunize the majority of its population by this spring. The population of the small country is nearly nine million people, which is equivalent to New York’s population. Experts have said that the vaccination program in Israel is quite simple as compared to the mass mobilization required by nations with a large population and a higher sweep of geography. After receiving the early shipment of the Pfizer and BioNtech vaccine, the country has started immunizing its people from the health care sector and those who are above 60 years of age on 20 December 2020. A research group called Our World In Data from Oxford University has shown that the small country has given 12.59 doses per 100 of its people. The rate of vaccination in Israel is around four times faster than the second-fastest country, the Arab Gulf state of Bahrain said the experts.

The Health Minister of the country Yuli Edelstein has said that the nation has a technologically advanced health care system in which everyone in the country is listed by the law. The vaccine rollout in Israel has shown how to maximize the coverage of the vaccine campaign for the most vulnerable people while reducing the wastage of shots, which needs to be stored in a highly cold atmosphere. Earlier the country has dumped hundreds of doses of the vaccine as fewer than expected people have turned up for the vaccination. Since then, the officials have reduced the number of vaccine vials shipped to the vaccination center. They have allowed people who are willing to be immunized to jump the queue and get the shots. Experts have said that these measures have helped the country to reduce wastage and reach out to a large number of people. Experts have said that Pfizer and BioNtech vaccine needs to be given within a five-day period after it is shipped from the main cold storage center. The officials from the Israeli government have said that they are abiding by the Pfizer rules. The officials have divided some of Pfizer’s 1000 dose packages into smaller consignments of a few hundred each to deal with the short shelf life of the vaccine and reach out to less populated and remote regions of the country. The Health Minister has said that the system in which workers repack the doses of the vaccine within huge freezers has been approved by the makers of the vaccine itself before the execution.

Experts have said that the country has introduced a new policy, which allows vaccine centers, which are going to face soon to be wasted surplus shots to vaccinate anyone, who turns up. Due to this policy, young and old people of the country have been queuing up in front of the vaccine center for early vaccination. Some experts have said that by implementing this policy, the country might soon run out of its current supply of the vaccine much before people who are in the most vulnerable category are fully vaccinated. The country has bought around 8 million doses of vaccine from Pfizer, 6 million doses from Moderna, and around 10 million doses from AstraZeneca. However, it is uncertain when the shipments of these doses will arrive in the country. As per the vaccine makers, it takes a full two doses of vaccine to boost maximum immunity against COVID19. The officials from the Israeli government have said that they will stop vaccinating new patients from mid-January for two weeks. As per the vaccination drive, people who have already received their first dose of the vaccine will start getting the second dose of the vaccine during two weeks break. The Health Minister has supported the plan saying that it is necessary to balance the needs of the people at high risk with the rest of the population. At the moment, Israel is undergoing its third national lockdown in order to contain the further spread of the virus across the country. The government has imposed the third national lockdown in December 2020 after the number of daily new cases has crossed the mark of 3000. There are nearly 50299 active cases of COVID19 across the country. The nation has seen around 3391 total deaths due to the virus during the pandemic. The death rate in the country has shot up since the start of December 2020.