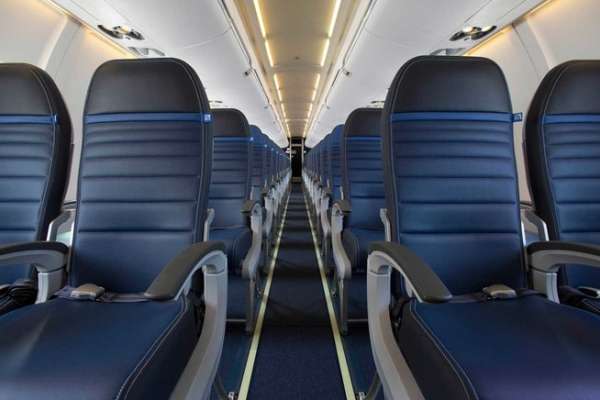 An aircraft seats are assembled in an airplane, helicopter and various aircraft in which passengers are accommodated for the duration of the journey. For the long-distance journey, aircraft seat is built-in passenger airlines which are designed for developing a better relationship among passenger and the company. Aircraft Seating is a chief concern for airline companies for enhancing the travel experience of the passengers.

Increasing number of airline industries across the globe, rapid technological advancements in infrastructure among various aircraft seats, increasing demand for various types of personalized and customized fighter aircraft ejector seats, and helicopter seats, and rising passenger air traffic are among the major factors that are propelling the demand for aircraft seating. Rapid growing tourism industries, entry of new key players, reduction in oil price rates which have led to the improvement in the airline industries, growing demand for various types of lightweight aircraft seats are among the other factors which help to drive the growth of the market.

READ
Aircraft Seating Market is Expected To Grow at a CAGR 13.8% Over The Next 10 Years

High cost of aircraft seating and requirement of highly trained and skilled labor for carving, adjusting, and assembling of aircraft seats may lead to high wages and capital requirements and may hamper profits of the manufacturers to a certain extent.

Rapid technological advancements in airplanes infrastructure and growing adoption of air travel among consumers seeking transport options are the factors that are resulting in high demand for these aircraft seating in North America. Moreover, increasing disposable income and changing lifestyle of many individuals in countries in North America, especially in the US and Canada. Increasing demand for new aircraft transports in the Asia Pacific region due to the rising air passenger traffic in this region. In addition, growth percentage in the aviation sector, high disposable income of consumers, and a gradual rise in investments in flight seats by manufacturing companies in countries such as India.  Demand for aircraft seating is comparatively less in regions such as Latin America, and the Middle East & Africa.

The aircraft seating market worldwide is expected to grow at a compound annual growth rate of nearly 13.8% over the next 10 years and was valued at around US$ 10,139.2 Mn in 2018.