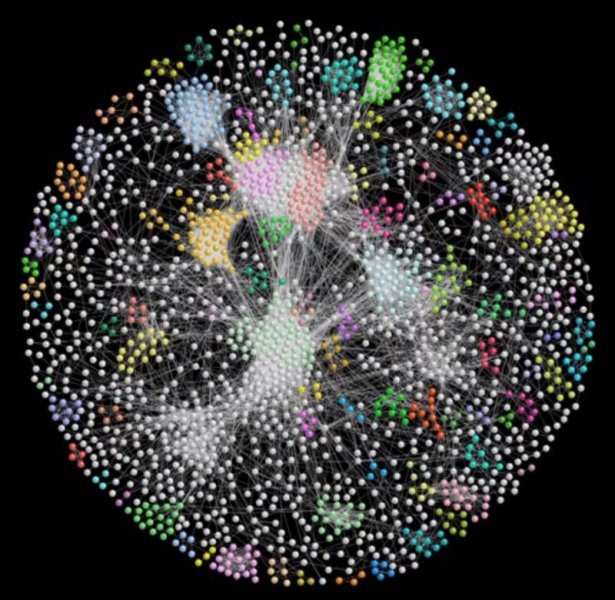 A set of three studies have given an insight into the understanding of cancer and the number of possible targets for treatment. Experts who have been involved in the decade-long study have analyzed sets of proteins in the body that trigger the dreaded disease. The findings of all three papers are the result of a decade-long work done by dozens of scientists. The authors of the studies have shown how hundreds of interfaces between proteins are responsible for the growth of breast, head, and neck cancers. A scientist from the University of California, San Francisco (UCSF) Nevan Krogan has said that the tactic of mapping protein groups can be applied to all widely-known types of cancer. It will help drugmakers find already available drugs that can be used as cancer treatments. Scientists can also find a long-term treatment by mapping these protein sets, said the experts. Nevan Krogan is the co-director of all three papers that have been released together in a journal called Science.

These three papers are part of a project worth $20 million that is known as the Cancer Cell Mapping Initiative. Last year, Nevan Krogan and other scientists across the world have shown the potential of protein mapping in multiple high-profile studies on COVID19. Krogan and other experts claim that the strategy has the same potential in new cancer findings as well. Dr. Eric Fischer, who is one of the lead scientists from the Dana-Farber Cancer Institute in Boston, has said that it is a novel concept of the idea about genetic data and cancer genomics. Dr. Eric Fischer has been involved in these three studies. As per the latest data, cancer is the second leading cause of death in the United States. Heart diseases are the leading cause of mortality and have been killing nearly 600000 people in the US. An analysis from the National Health Institutes (NIH) has shown that nearly 1.9 million people in the US will be detected with cancer in 2021.

The authors of these three papers have said that findings show a deep shift in the scientific approach to the dreaded ailment. They have said that the shift has started with the interpretation of the human genetic blueprint; the shift has started in 2003. At that time, experts have thought that the human genome will show that a defect in one or the other of 20000 genes is responsible for causing the majority of cancers. They have thought that by repairing the defect they can stop the growth of multiple types of cancer. Many scientists have dedicated many years of their careers to studying one or two genes. However, the human genetic blueprint has turned out to be far more intricate than what has been perceived. The authors of the latest papers have said that although genes contain the instructions for the production of proteins, it is the proteins that are responsible for actions of human life such as thinking, growing, talking, or breathing. Krogan and other experts have looked at multiple groups of proteins that are implicated in cancer.

The first paper has noted the growth of breast cancer, the second one has looked at triggers of head and neck cancers, and the third paper has described mapping strategy. Experts have evaluated two different kinds of cancer cells and a row of healthy cells in the breast cancer study. The authors have applied the same combination in the head and neck cancer study. The chief of cancer biology from MD Anderson Cancer Institute in Houston, Dr. Raghu Kalluri has said that the new studies have brought a more comprehensive concept to the idea that says cancer is an outcome of a group of defects. In the new studies, authors have found almost 500 diverse types of protein interactions in breast cancer. Experts have said that around 80 percent of these interactions have not been reported earlier. They have found more than 700 protein interfaces in head and neck cancers and nearly 84 percent of them have not been detected until now.

The findings of these studies have revealed that there are far more ways and means to stop the growth of cancers as compared to what we have known previously. Experts have said that if a set of 10 proteins act together to cause cancer in the body, scientists can easily block their cancer-causing mechanism by eliminating any of the 10 proteins in the set. The authors of these three papers have said that findings have shown a way that can solve one of the most frustrating issues in cancers, which is the ability of the disease to create resistance to some treatments. The mapping strategy paves the way for health care providers to stay one or two steps ahead of the disease by offering patients cocktails of drugs. One medicine might be able to stop a set of proteins that follow one path towards the disease and another medicine can cut off a different path. Krogan and other scientists have found a couple of proteins to target for cancer treatments such as Spinophilin in breast cancer and Daple in head and neck cancer Dr. Eric Fischer has said that mapping of proteins will not lead to the end of treatments, patients have been familiar to such as radiation, chemotherapy, and surgery.

With the mapping of proteins, health care providers will be able to understand the protein that is contributing to the growth of cancer and will be able to choose specific drugs in the chemotherapy that will be most effective for cancer. The deputy director of the unit of cancer biology at the National Cancer Institute (NCI), Dr. Shannon Hughes has said that considering the diversity found in tumors, experts have tested only two types of cancer cells for each kind of cancer. Cancer patients have tumor cells having many varied combinations of defects. Therefore, there is a requirement for further research on it. Experts have said that the same kind of proteins might be responsible for other diseases as well such as dementia or schizophrenia as groups of proteins tend to overlap. Krogan and his teammates are now planning to come up with protein interaction maps for Parkinson’s disease, autism, and Alzheimer’s disease as well.