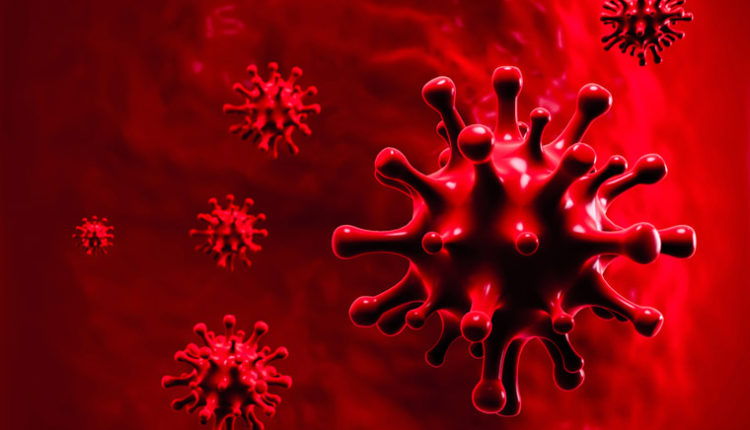 The highly infectious COVID19 variant that has been found in the UK for the first time has now been identified in every state in the US. Experts believe that due to this fast-spreading variant, the US might face another surge in coronavirus cases. Infectious disease expert, Dr. Michael Osterholm, who is the director of the Center for Infectious Disease Research and Policy at the University of Minnesota, has said that the US seems to be done with the COVID19 pandemic but the virus is not done with humans yet. He has said that the fourth wave of COVID19 is inevitable in the US. Health experts have said that more than 15000 cases of B.1.1.7 strain have been identified in the US so far.

This variant seems to be more dangerous as compared to other strains of coronavirus. On one hand, the officials are racing against time to get more and more people vaccinated in the US. On the other hand, health experts have been advising people to stick to precautionary measures for a little longer. Dr. Osterholm has said that currently available vaccines are quite effective against these variants. However, the US might not be able to vaccinate a larger population fast enough to prevent the fourth wave of the virus. Dr. Michael Osterholm has said that the way the vaccine rollout plan is going on in the US, the officials might not have adequate vaccines to give out.

Dr. Michael Osterholm has said that although the US has been vaccinating its citizens around five times faster than the rest of the world, low-income nations that do not have enough access to vaccines might become a hub for these deadly strains and it might spin out of control. As per the report, nearly 40 percent of adults have been given at least one shot of the vaccines. Dr. Paul Offit, who is a member of the FDA Vaccine Advisory Committee, has said that the US seems to be well equipped to fight against the upcoming surge. A large percentage of the population has already been infected with the virus; therefore, a large number of people might have antibodies to fight against the virus. The country has the highest rate of vaccination and warming weather might help combat the fourth wave of the pandemic. The Biden administration is going to announce a fresh deadline to make all adults in the US eligible for the COVID19 vaccine. All adult Americans are expected to be eligible for the vaccine from April 19.

The officials from the White House have said that by the end of this month, there will be enough vaccine supply for all people living in the US. Many states as well have started lifting restrictions. The officials from Washington DC have asked people to get the vaccine as soon as they get an opportunity. Mayor Muriel Bowser has been planning to loosen up some restrictions from May 1, 2021, such as allowing seated live entertainment indoors with 25 percent capacity. Libraries, recreation centers, museums, and non-essential retails will start operating with 50 percent capacity indoors and outdoors. Mayor has said though the US is expected to face another surge in cases, by spring those cases will reduce with continued vaccination and other precautionary measures.

Dr. Ashish Jha, who is dean of Brown University School of Public Health has said that practicing precautionary measures to keep the virus at bay is still very essential as emerging variants are quite concerning and the pandemic has not ended yet. Dr. Rochelle Walensky, the director of the US Centers for Disease Control and Prevention (CDC) has said that the rate of daily new cases of COVID19 has increased over the last four weeks due to the highly contagious variants such as the UK strain. As per the data from John Hopkins University, Last week, the US has reported an average of more than 64000 new cases per day that has been slightly less than the previous week. However, the rate of infection has been nearly 17 percent greater than the last two weeks and 12 percent higher than the last four weeks. In Michigan, experts have reported the highest daily toll since last year November with more than 11000 cases.

Around eight weeks ago, the state has been reporting around 563 cases per day. Nearly 81 new clusters linked to K-12 schools have emerged across the state. In Ohio, the state officials have reimposed precautionary measures such as wearing masks and maintaining social distance, and avoid gatherings of more than 10 people due to a sudden jump in the rate of positivity. Due to the threat of another surge in COVID19 cases, health experts are contemplating whether to go with the current vaccination plan or halt second dose vaccination to ensure that more people can receive at least their first dose faster. Dr. Michael Osterholm has said that vaccinating as many people as possible might be a good idea to prepare for another surge as it will prevent severe disease, hospitalization, and death among people. Dr. Kent Sepkowitz who is an infectious disease expert has said that focusing on the first doses will still rely on the supply of the vaccine.