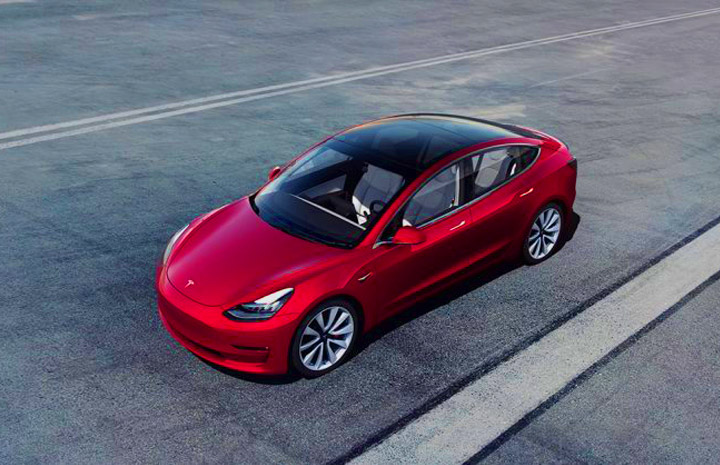 If you are willing to shell out $45,000 right now, you will be able to purchase the newly-launched Tesla Model 3 from the available places. The Elon Musk company announced another cheaper version of Tesla Model 3, which is priced at $45,000. Compared to the long-range Model 3 that has been sold by Tesla so far, this one is expected to be better affordable for most people out there. Considering that Tesla has not been able to deliver the long-awaited $35,000 Tesla Model 3, this new vehicle would be the sweet spot. Elon Musk shared details about the new vehicle via his tweet.

Of course, Tesla has made some compromises in designing this mid-end Model 3. For instance, despite using the same battery pack used in the long-range model, the new Model 3 offers a top range of 260 miles on a single charge. It has also reduced the top speed from 145mph to 125 mph. In addition to this, while the long-range model takes 4.5 seconds to reach from 0 to 60, this mid-tier Tesla Model 3 would require 5.6 seconds. Considering the price difference between the long-range and mid-range variants, the compromises seem so reasonable.

“Our new mid-range battery is being introduced this week in the US and Canada to better meet the varying range needs of the many customers eager to own Model 3, and our delivery estimate for customers who have ordered the Standard Battery is 4-6 months,” said Tesla officials when talking about the new variant. It is clear that the mid-tier variant would become really popular, considering the current state of things. Like a lot of other Tesla vehicles, the Autopilot features can be added to the Tesla Model 3 by paying an extra fee of $5000. Another major difference here is that the mid-range model is offering rear-wheel drive only.