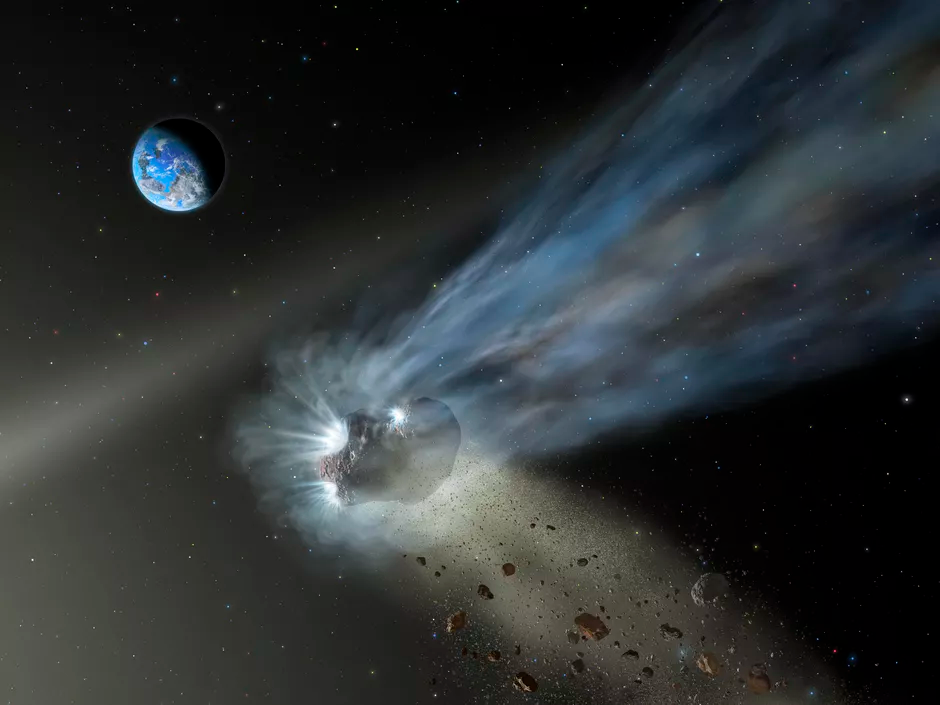 Argentina and Chile have recently witnessed a total solar eclipse; however, it has been rather one of the most interesting ones for skywatchers. Scientists have seen a tiny speck flying past the sun during the solar eclipse. They have said that the small speck is a newly discovered comet. An amateur astronomer Worachate Boonplod, who has been working for NASA-funded Sungrazer project, a citizen science project has spotted the comet during the total solar eclipse for the first time from the satellite data. This project allows anyone to identify and discover new comets in the images from the joint European Space Agency and NASA Solar and Heliospheric Observatory (SOHO).
The amateur astronomer Worachate Boonplod has spotted the new comet a day prior to the solar eclipse. He has said that he has been aware of the upcoming eclipse and wanted to see whether this new comet appears in the outer atmosphere of the sun in the form of a tiny speck in the images of the eclipse. The new comet has been named C/2020 X3 (SOHO). It has been designed by the Minor Planet Center. It is a ‘Kreutz’ sungrazer. As per the data, this family of comets has been created from a huge parent comet, which has been smashed into small fragments over a thousand years ago. However, it continues to orbit around the Sun. Experts have said that Kreutz sungrazing comets can be commonly found in SOHO images. SOHO’s camera functions by imitating a total solar eclipse. It uses a solid occulting disk, which restricts the otherwise blinding light from the sun. It shows dimmer features present in the outer atmosphere of the sun along with other celestial objects such as comets.
Scientists have been able to identify around 4108 celestial bodies in SOHO photographs. The newly discovered comet is 3524th Kreutz sungrazer, which has been spotted. Astronomers have said that when the eclipse image has been taken, the comet has been moving roughly at a speed of 450000 miles per hour, which is around 2.7 million miles from the Sun’s surface. The comet has been nearly 50 feet in diameter like a mini truck, said the experts. However, later it has been disintegrated into dust particles due to intense solar radiation a few hours before arriving at its closest point to the sun.