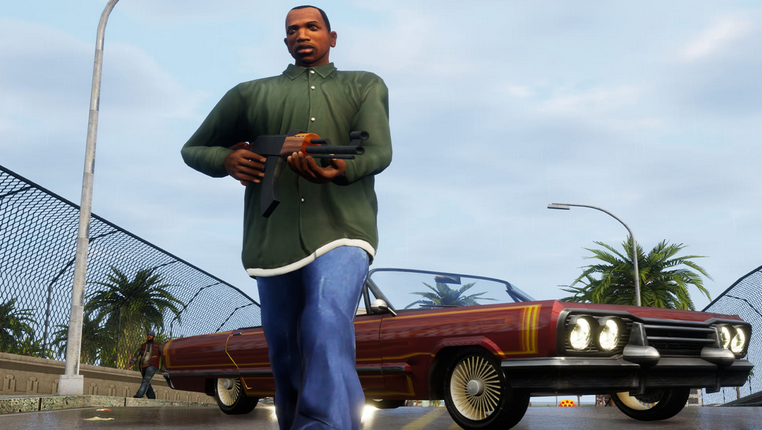 Rockstar Postpones the Release of The GTA Trilogy Physical Editions

The official release of Grand Theft Auto: The Trilogy, for models – Xbox One, Xbox Series X, PlayStation 4, as well as Nintendo Switch has been delayed by Rockstar. Rockstar stated that that the physical distribution of ‘Grand Theft Auto: The Trilogy’ will be delayed on several different occasions. While this update means that the videogame will now be released on Xbox platforms and the PS4 by December 17th (a ten-day delay), it’s bad news for Switch enthusiasts, since the title won’t be physically accessible until early 2022. The postponement of the physical copies of the game comes after a tumultuous digital release for the famed trio’s remasters. Following its release, players who played the 3 videogames included in the remastered package (GTA 3, Vice City, as well as San Andreas) experienced a variety of difficulties, including early troubles with the game initiating on a PC, as well as a slew of graphic flaws, and performance glitches across multiple devices.

Upon its premiere, IGN gave Rockstar’s upgraded trilogy a lackluster 5/10. There’s no doubt that the 3 video games in this GTA Trilogy are all-time masterpieces, however, they’ve been restored with a ham-hand rather than a Love Fist. New features are minor and only partially completed, aesthetics are uneven at best, performance is erratic, certain material is lacking, as well as bugs and malfunctions are plentiful. In its current version, this compilation of three great GTA videogames are far from definitive; it’s flawed, unsatisfactory, and startlingly insulting to both the games’ reputation and their legions of fans.

Since the game’s original release, Rockstar has published patches for all 3 versions, addressing some of the most visible bugs, including the remasters’ famed rain effect, multiple typos discovered by players throughout the 3 games, as well as texture degradation in the San Andreas version. In conjunction with the game’s first big patch, Rockstar has apologized to fans on its website for the game’s initial state. They genuinely apologize to everybody who faced problems while playing the same game. The Grand Theft Auto franchise, as well as the videogames that comprise this famous trilogy, are as significant to them as they are to players all around the globe. The upgraded versions of these retro titles did not arrive in a form that met our standards of quality or the criteria that many of our customers have grown to expect.