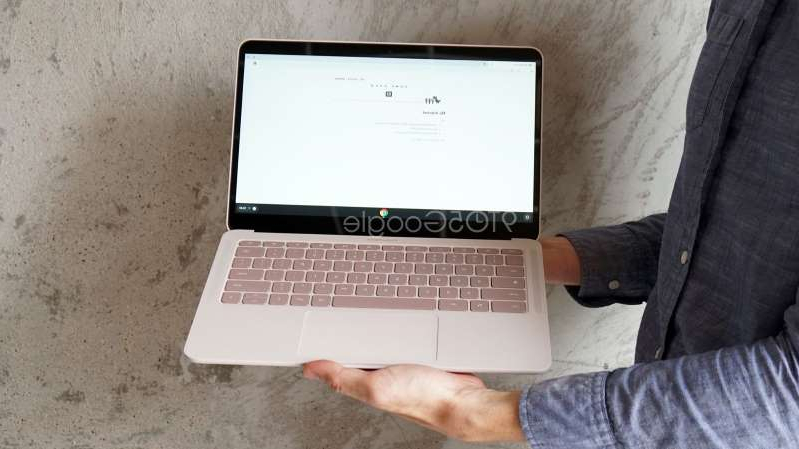 Before the big hardware event held by Google next week, 9to5Google now can access products that it claims to be the prototype of the company’s new Chromebook. 9to5Google disclosed specifications and other details on the device last month. Unsurprisingly, Pixelbook Go has two USB-C ports, 13.3-inch 16:9 screen having 4K or 1080p resolution, as well as options for Intel Core m3, i7, and i5 processors. Other specifications are said to include up to 16GB of RAM, 256GB of storage, front camera a 2-megapixel, a headphone jack, and a Titan C security chip that can be seen in the Pixel Slate.

The bottom of the Pixelbook Go seems to have an unusual ribbed texture, which 9to5Google describes as “a roof or washboard that resembles a dog’s mouth,” so feel free to do whatever you want. The bottom of the model used at the site is coral-colored, and the top panel is matte finish, reminiscent of “Not Pink” Pixel 3. Clearly, the device is a prototype device – the Google logo has been replaced with a placeholder, and another text above the keyboard is labeled “ProductName.” The Google logo is going to launch on 15th October alongside Pixel 4. Still, it’s an extensive study of what Google might announce next week, so it’s worth a look at 9to5Google’s full photo gallery. The photos show a device that looks different from the original Pixelbook in 2017. It is not clear whether Go will replace the machine.

9to5Google is full of confidence in the Pixel 4 reports, which makes people believe that this is reasonable, but you never know what changes Google may have between this prototype and the real thing. Are there any surprises at Google’s events? We are skeptical about this. Google’s event will be held in New York City on Wednesday, and we will, of course, bring you Pixelbook Go there, leaking all the news on Pixel 4, and there will be more.