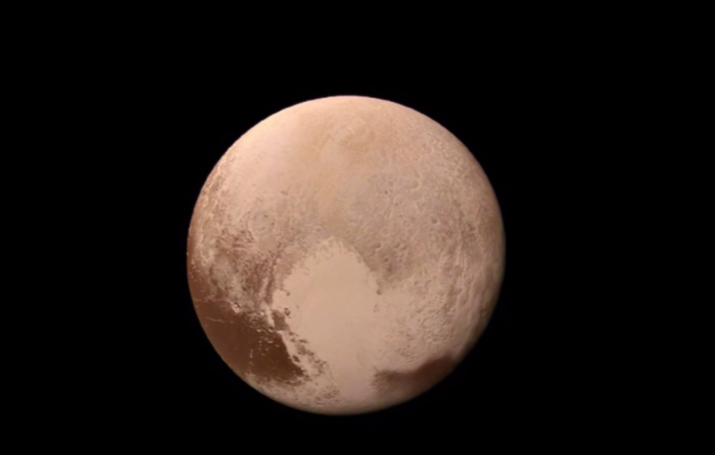 Home / New Research Says that Pluto Should be A Planet

New Research Says that Pluto Should be A Planet

The highest point in the sad story of Pluto happened in 2006 when the International Astronomical Union made the official announcement that Pluto cannot be considered a planet. The same was removed from the ninth position in the Solar System. As of now, Pluto is considered a dwarf planet that exists in the Kuiper belt. The Astronomical Union had maintained that Pluto does not qualify the basic characteristics of planets. However, a recent research by a group of scientists says that Pluto is most definitely a planet and that it should be given the position back. They also maintain that the basis on which Pluto lost the position is not really valid.

According to the International Astronomical Union, Pluto was not being the largest gravitational force on its orbit. Instead, the celestial body was being influenced by the Neptune and that the orbit followed by Pluto did consist of other objects. This lead to the conclusion that Pluto does not deserve the planet status. The research team, however, believes that the method used to determine the planet status is not valid and that it should not be followed. Even when the team explored 200 years of research, only one study was backing up the method used by IAU.

“It’s a sloppy definition,” Metzger talks about the IAU’s definition. “They didn’t say what they meant by clearing their orbit. If you take that literally, then there are no planets, because no planet clears its orbit.” In order to show how flawed the definition is, Metzger added the following: “We now have a list of well over 100 recent examples of planetary scientists using the word planet in a way that violates the IAU definition, but they are doing it because it’s functionally useful,” The research has re-lighted one of the biggest debates in the history of astronomy.