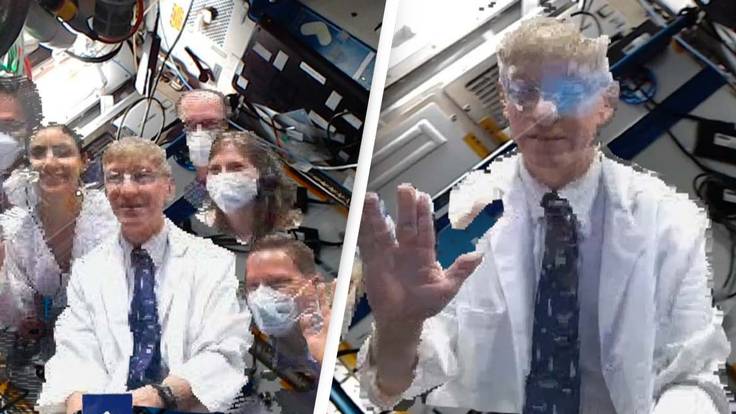 Holoportation – a not-so-common term is an amalgamation of the words hologram and teleportation, enables humans to travel from planet Earth to space virtually as their physical body stays on the planet while their human entity reaches space. Additionally, the astronauts can interact with the scientists on Earth vocally as well as visually.

This technology may seem like the sci-fi episodes of Star trek but NASA has recently holoported a human to space and can improvise the long-term space travel in terms of safety and success rate.

Flight surgeon Dr. Josef Schmid has traveled to the International Space Station virtually, while his physical body was on earth perfectly safe. To achieve this level, high-quality holoporting equipment was developed to capture, compress and transmit 3D images, all in real-time. These images were displayed over a mixed and virtual reality display. Dr. Schmid was accompanied by Fernando De La Pena Llaca, the CEO of AEXA Aerospace, a Houston-based company that provided assistance in developing the holoportation machinery, with some other members of the team.
This company offers customized software for mixed and virtual reality applications.

Along with AEXA’s customized software, NASA has used Microsoft’s HoloLens, a mixed reality display device, and a HoloLens Kinect camera to achieve this level of technology. Holoportation has been in use by Microsoft since 2016, but this is the first time its use has been made in extreme conditions like space. This new form of communication is a precursor for its broader use in the future. In a statement given by NASA, they mentioned using this technology for their private conferences and to bring some VIPs to space stations to visit the astronauts.

The further step of this one of its kind holoporting technology is to combine it with augmented reality and one can actually bring an expert to get assistance on any complex technology. This novel technology has some direct applications on planet Earth. Medical assistance required during military operations or in extreme environmental conditions like Antarctica can be provided by haloporting the experts to these locations.
As per NASA, a potential communication hindrance can be a delay in transmission between Earth and any other planet. As plans are to fly on a mission to Mars, a delay of 20 mins to and fro will develop a major challenge in communication.